“There is nothing better in Burgundy than this little corner where she reunites all of her enchantments,” wrote the Burgundian author Gaston Roupnel.

Often introduced as “feminine” wines, they are nevertheless wines of character that unite finesse and power. Endowed with a good capacity for aging, this Vosne also reveals its elegance in its youth.

Producer advice
It can be paired to perfection with poultry, or also lamb, game bird, or even with couscous. ‘Stronger’ cheeses would also be excellent company for this wine!

Our vines are planted in one of the best climats in the village, “les Violettes,” which neighbors the Clos de Vougeot. The vineyard possesses a soil composed of small rocks issued from the nearby valley. Our vines, some of which are more than 70 years old, have naturally low yields and never exceed 40 hectoliters per hectare.

Aging for minimum 24 months in barrel and bottled without filtration. 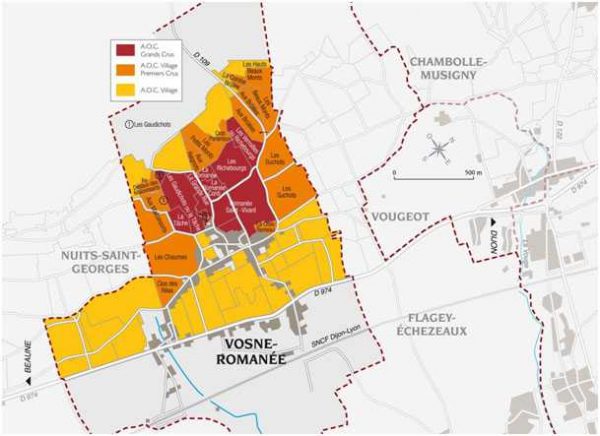